The Real Problem with Freemasonry

1:23 The Swedish branch of masonry may be very fascinating, but it's also why I had to leave Sweden.

2:26 Wait, did you claim one could be Catholic and Swedish rite Mason?

I don't think this is true.

I most certainly do think Swedish rite Masons should leave the lodge if the convert to Catholicism.

I also don't know where you get the info from, it could be corruption post Vatican II.

I'm not against all the cultural influence of Freemasons, I for instance enjoy Bo Setterlind, a poet and a Mason, but I think he would have been much better off outside the lodge and inside the Church.

2:48 I am not quite clear, were you saying on part of Masonry, converts to Catholicism are required to leave, while Swedish rite doesn't?

On part of the Church, it should be the same.

6:00 As having seen a lexicon of freemasonry, and I was not under any oath, nor have I joined a lodge since, I can tell you some more things that are not quite secret. A claim to continue the work of King Solomon and King Hiram of Tyre and Hiram Abiff.

A claim of secret continuity - not quite dissimilar to some Ruckmanites and such who will claim the Church Christ founded was in 11th C partly extant as a secret society (!) of Culdees (it is actually the Irish word for monk, monks, man/men of God).

Obviously, they claim to have remained grosso modo secret up to the time of Anderson in 1717.

I was a bit apprehensive of post 1717 on my main blog, shouldn't such a Masonic number rather include a denunciation of freemasonry? Well, the thing is, better things happened too, like the birth of Maria Theresia, in that year.

7:50 Before election (supposed such) of "dear Holy Father" he was a clergyman (validly or not) in Buenos Aires, he was honorary member of Buenos Aires Rotary club (which also has dangeours public parts) and while laymen are not excommunicated for being Rotarians, clergy are.

What I see as extremely dangerous with Rotarians is, they can "run business" in the same sense that Medieval Town councils ran business, insofar as all guilds were responsible to the Town Council. They had the weight on which you weighed the baker's bread.

Modern Capitalism has no such system in government.

Some franchising companies have it internally - like someone at McDonald's franchise owner is telling all McDonald restaurants all over the world exactly how many minutes a hamburger needs to frie, and how long an employee is allowed to take between taking it off the grill and handing it over to those serving it, wrapped up in paper. With all the bread, ketchup, onion, lettuce and tomatoes.

But business overall doesn't have this. However, Rotary can act as informal "Medieval town council" ....

Some Protestants have worried about guilds fulfilling Apocalypse 13:17.

But guilds were local, and where Jews were tolerated, they were allowed to have their business outside the Catholic guilds.

Now take Rotary. It is called Rotary International. I think it is, at least. Then take the fact, unlike Medieval guilds, it is aconfessional. This means, you cannot really opt out of Rotary because of your confession. It depends on how much it really controls business, but as it is filling a vacuum, arguably it can have partly very strong control over some.

Guess what certain Mason or close to Mason types would have been badgering me about in Sweden?

The tolerance of a Mason converting to Catholicism, if real, would examplify their ideal of "conduct over Creed"

10:39 Speaking of fragile things, I am rather fond of my essays on my blogs, I think they would be somewhat less fragile if they were also printed on paper ...

I was not given sufficient time on computers (in Carpentras) to effectively manually one by one copy paste thread after thread from MSN Group Antimodernism to blogs, or even to save all threads on webcitation.

I had on FB befriended a man who said he would do it for me, when a bit later I asked, he said he hadn't understood what I was asking of him - and it turned out he was a freemason.

Is there anything reminding anyone of a flying scroll, with the image of a woman anywhere?

Are anyone's houses being burned by it for stealing?

However, the actual size of satellites seems not quite to match the proportions of that Biblical prophecy.

Satellite bodies might be considered too small, satellite antennas too big.

Could be about a media satelite not yet launched, though.

[Accounts usually have "home pages" and the concept in Hebrew involves "beth" which means "house", see images below.] 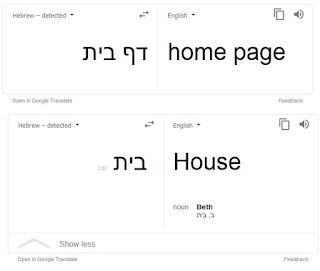 Posted by Hans Georg Lundahl at 4:16 AM